At RookSoft, we focus on mobile development for platforms such as iOS (Apple’s mobile operating system for devices such as the iPhone, iPad, and iPod touch) and Google Android, as well as development for macOS. Additionally, thanks to Fahim Farook’s expertise with desktop and web development, we are able to provide comprehensive end-to-end solutions to its clients wanting accompanying websites, databases, backends, desktop applications, etc. 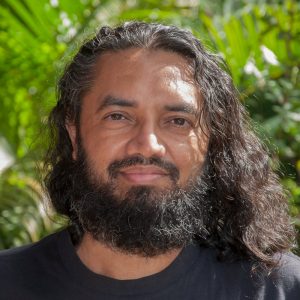 Fahim is a jack-of-all-trades. He’s worked in IT for the last two and a half decades doing everything from programming to systems analysis to systems administration to product management. He’s also been a freelance journalist and editor, a television producer, script writer, and a few other things connected with media.

But at the end of the day, his abiding love is writing and computer programming. He’s programmed in a variety of languages over the years – xBase, Java, Perl, SQL, VBScript, C/C++, C#, PHP, Ruby, Delphi, ActionScript (Adobe AIR), and Objective-C and Swift for iOS (iPhone, iPad) and macOS. He’s also done a fair amount of database work (both administration and development) in FoxPro, Oracle, mySQL, and Microsoft SQL Server. Fahim is experienced at creating a wide range of applications and solutions depending upon client requirements.

He’s also written for several national newspapers and magazines and had his own weekly and monthly columns with a few of these publications. He’s had hundreds of articles published and his columns have run the gamut from computers and technology to the English language to Sri Lankan history. In fact, he was the editor of peace pages for national Sri Lankan newspapers in English, Sinhalese, and Tamil during the war in Sri Lanka along with the editor of a national tech magazine. He was also the tech editor, final pass editor, and editor in chief for RayWenderlich.com.

At present, he’s the author of two books – a humorous science fiction novel and an introductory book on coding for iOS which blends fact and fiction to make understanding programming a bit easier.

Take a look at our portfolio or read what some of our clients have said about us.

Please use our contact form or email us directly to find out how we can help you.