RookSoft’s Fahim Farook worked with the development team for Huffington Post from October 2010 to March 2012 to develop a new and improved native iOS Huffington Post iPad app from version 2.0 through to version 3.5. All the hard work has paid off – it ranks in the top 100 apps in 35 countries on the App Store.

The next edition of The Huffington Post’s iPad app — dubbed NewsGlide — is set to appear in the App Store later tonight, serving up the publication’s top stories to device owners in a newly elegant, image-rich format that improves greatly upon the previous version.

The rest of the article can be read here.

Robert Scoble tweeted about it:

The new version is quite slick with access to all of the Huffington Post’s sections and a new “glide” feature. This feature lets you slide through the different posts and it sort of feels like the Twitter for iPad interface.

Navigate at breakneck speed through all of HuffPost’s stories, blog posts, photos, and breaking news from the site’s wide array of sections, including politics, entertainment, comedy, tech, business, sports, books, health, and more.

Here are some screenshots of the app: 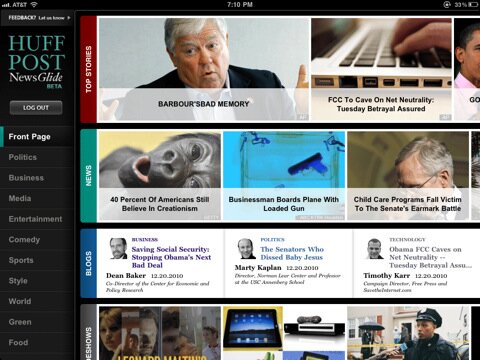 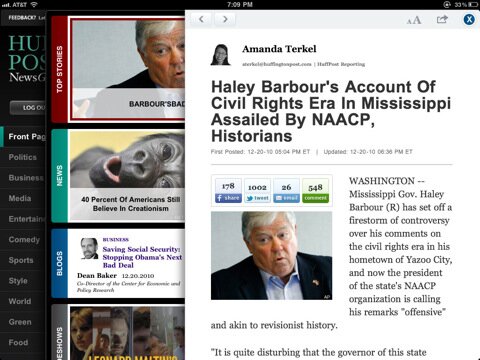 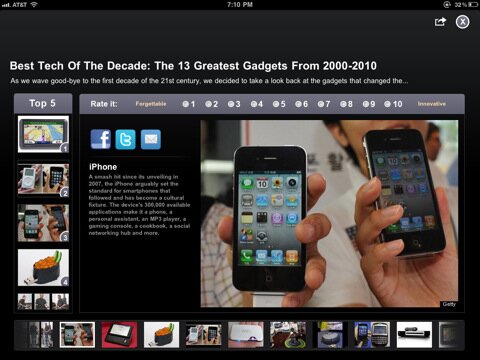